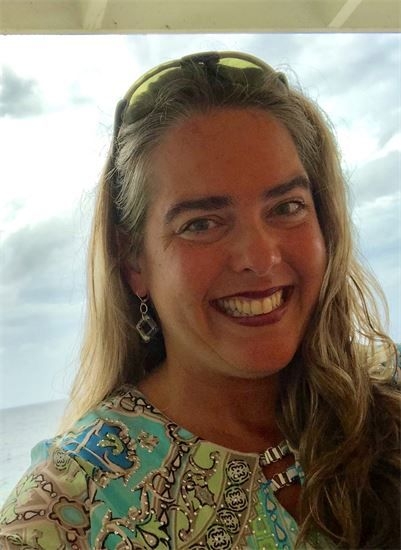 Originally from Detroit, Michigan, I spent most of my early years in this gritty yet elegant, industrial city which has always been a proud part of my German and French-Canadian heritage as well as fourth generation Detroiter. I moved to New York to complete my higher education at Vassar College where I pursued interests in Psychology, Sociology, Art and Photography. After graduating from Vassar College in 1998, I worked as a Behavioral Therapist for many years, specializing in Special Populations and Autism. As appealing as the eclectic upstate New York area was and as much as I loved my work in a large day treatment center for post-institutionalized adults, I decided to further expand my career in Southwest Florida in 2000. I desired a career change from social services to massage therapy which would allow me to continue to work with people in a beneficial way while having the success and independence to pursue other interests in my life. I've been in the Naples area since 2002 and have become a permanent resident with my massage therapy practice open all year around.

In 2004, I became licensed in Massage Therapy in the state of Florida as well as Nationally Certified which in 2016, increased standards and training hours for eligibility under the NCBTMB (National Certification Board for Therapeutic Massage & Bodywork). As part of my commitment to maintaining my National Certification and providing my clients with a variety of treatments to benefit them in the best possible way, I have continued my education over the years which includes Thai-on-Table massage and facial treatment, Lymphatic Drainage, ETPS therapy for treatment of pain and scar tissue as well as clinical applications of massage and bodywork. Myofacial release work, advanced Trigger Point therapy, further enhance alignment work and pain treatment as well as deep tissue preferences.

In 2015, as a licensed esthetician, I expanded my first class facility for further combination luxury and wellness skin care treatments. Specialized packages for both massage and skin treatments are available for both men and women. All combination luxury and wellness treatments include my signature touches which have always been part of the customized and private spa experience at BodyWellness of Naples. See client testimonials! My clients are honored and appreciated as part of my ongoing mission to further enhance my professional approaches and their own individual experiences.

In 2017, I incorporated Contemporary Cupping Therapy after experiencing my first cupping session with a very talented local acupuncturist. I continue to receive cupping therapy and am excited to share the amazing benefits with my clients. I continue to expand this now integral part of my practice with further advanced training and a broad range of cupping tools. Contemporary Cupping Therapy can be used with deep tissue and trigger point work as well as more gentle therapeutic work to address scar tissue and lymphatic drainage. I also provide specialized facial cupping for both rejuvenation and increased absorption of performance ingredients.

My education, experience and intuitive abilities have allowed me to work with an extensive clientele ranging from chronic pain management patients, athletes in training or in need of sports related injury treatment, adults with neurological and health complications stemming from a variety of brain disorders, working professionals struggling to physically meet the demands of their work or who simply need to bring some "homeostasis" into their busy lives, retirees and of course.... not least for the last.... the Happy Tourist (or Sore Tourist for that matter) who wishes to maximize the First Class and Ultimate Experience of our lovely city which can be found right here in Body-Wellness of Naples.